This campaign focuses on individual MPs in the seats of Bellarine, Bentleigh, Buninyong, Carrum, Eltham, Mordialloc, Monbulk and Werribee, and in Daniel Andrews’ and Jane Garrett’s respective seats of Mulgrave and Brunswick.

The purpose of this campaign is put pressure on these MPs to raise the issue of firefighters’ unresolved EBA in Parliament. Following on from the Christmas postcard campaign, and the support it garnered in local electorates, these postcards focus on – and will be mailed to – these MPs’ seats directly. 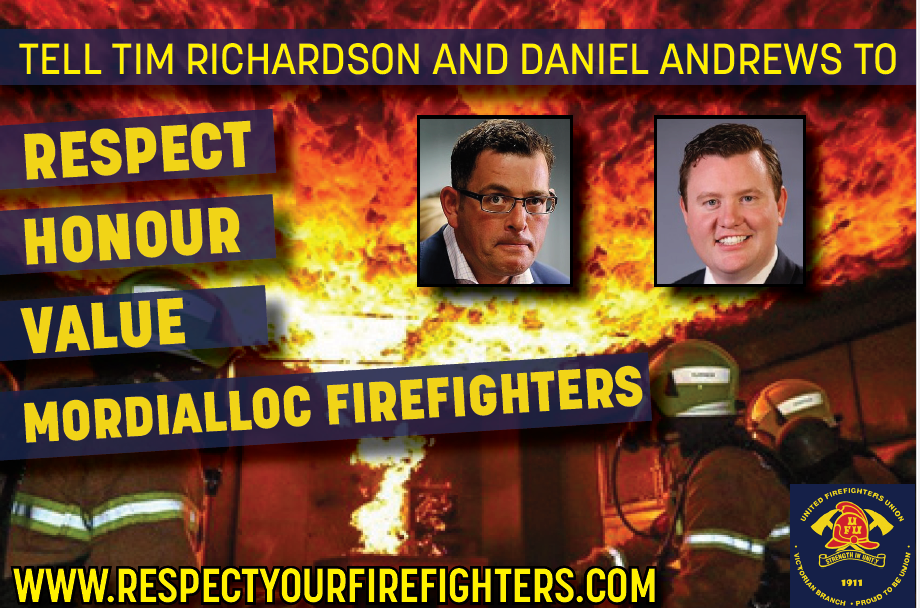 Postcards featuring and addressed to the Premier directly will be available for members to distribute from other regions, including the CBD. 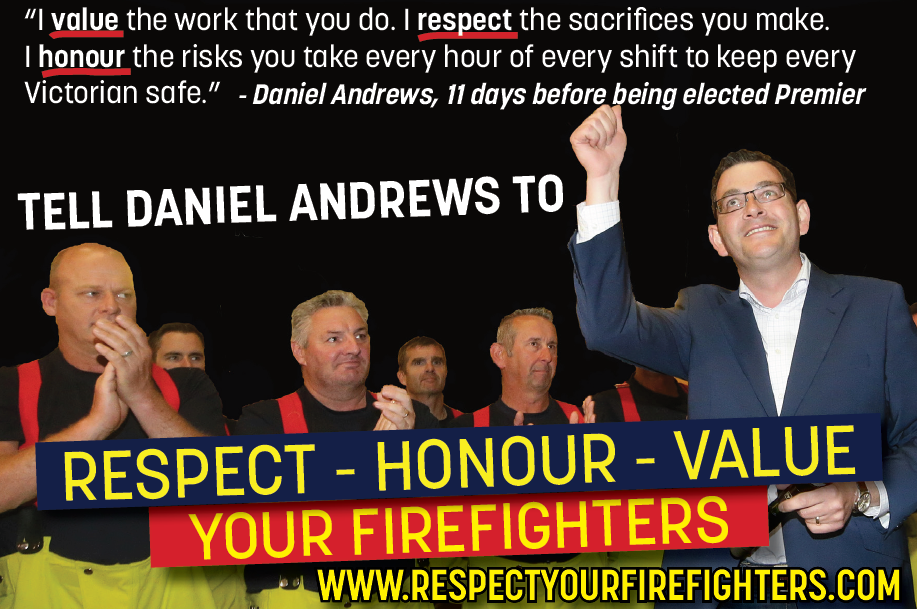 As per the work bans effective Jan 20 for both CFA and MFB members, campaigning is allowed daily between 9.15am and 10.15am, and between 7.15pm and 8.15pm, from Wednesday 20 January until further notice.

This enables on-shift members to proceed, in an appliance, to a pre-determined public area in their regular turnout area. Members should of course respond to any fire alarms or emergency situations in this time frame.

In areas where the MPs’ offices are too remote or un-trafficked, train stations, shopping strips and the carparks or entrances of major shopping centres are the best campaign sites. (As they’re privately owned, the shopping centres themselves aren’t an option.)

As with the Christmas campaign, once people have signed their names, collect the postcards so they can be mailed from the stations out to your local MP as a single package.

Stations outside the electorates listed above will be able to distribute general postcards (concentrating on Daniel Andrews) in their turnout area. These will be sent out from the UFU office shortly.

“Please help support your local firefighters by signing this postcard so we can send it to [Minister _____] on your behalf. It’s been over 1000 days (eg, 1020 days at Jan 20) since bargaining for our enterprise agreement commenced.”

You can encourage interested members of the public to visit the campaign website www.respectyourfirefighters.com for further information. Let them know that they can access and share (via social media) the online automated letter at this site too.

It is unlikely that you should encounter any negativity from members of the public but in the event that someone brings up some of the misinformation distributed by the government, the Andrews Government UFU Dispute Briefing Paper will provide enough information for you to address their concerns.

For more information, or to request more postcards for your station, please contact Mardi (0455 221 991) or Dan (0419 127 045) at the UFU office. There will also be postcards, along with other campaigning material, available at this coming Thursdays meetings.

Strength in Unity
READ OUT AT MUSTER AND PIN ON NOTICE BOARD
Authorised by Peter Marshall, Branch Secretary