To ALL UFU CFA MEMBERS

No Jumpers or Polo Shirts this Chrismas

As you would all be aware a joint UFU / CFA Jumper evaluation was conducted in April 2012 with the parties agreeing on the type of Jumper to be issued to firefighters as part of the station wear complement.

Through the remainder of 2012, CFA stated they had minor problems over colour matching and failed to issue the agreed Jumper in 2012. During this period we also reached agreement on design, colour and material for a Polo Shirt but this was also not issued.

On the 25th of January 2013 in a letter from the CFA to the UFU (see attached) CFA stated delivery dates of 17 weeks Polo Shirt and 19 weeks for the Jumper and the type of fabrics to be used. This should have seen these items being issued by early June. But No.

24th May 2013  (this is when the Polo shirts should have been issued) another letter from the CFA re Polo Shirt material stating they wanted to use the same material but introduce a 5% Nylon core which is supposed to help reduce shrinkage.

Based on previous history with CFA over Polyester T Shirts and that we had already agreed on the material, the Polo Shirts should have been issued by now, these items of clothing will be worn under wildfire and structural PPC and the new station wear shirts and trousers contain no flammable products the UFU advised CFA we would stick with the items agreed as per the CFA letter of the 25/1/13.

At two UFU / CFA Station Wear Meetings on the 28th May and 9th September the CFA stated they could separate the tender as the Polo Shirt was in dispute and issue the Jumpers.

The UFU have lodged grievances on both items to force CFA to honour their letter of the 25th of January.

This is nothing short of the CFA treating its employees with utter contempt.

The UFU rejects and condemns this misleading and deceptive behaviour by CFA Management and Employee Relations Department. 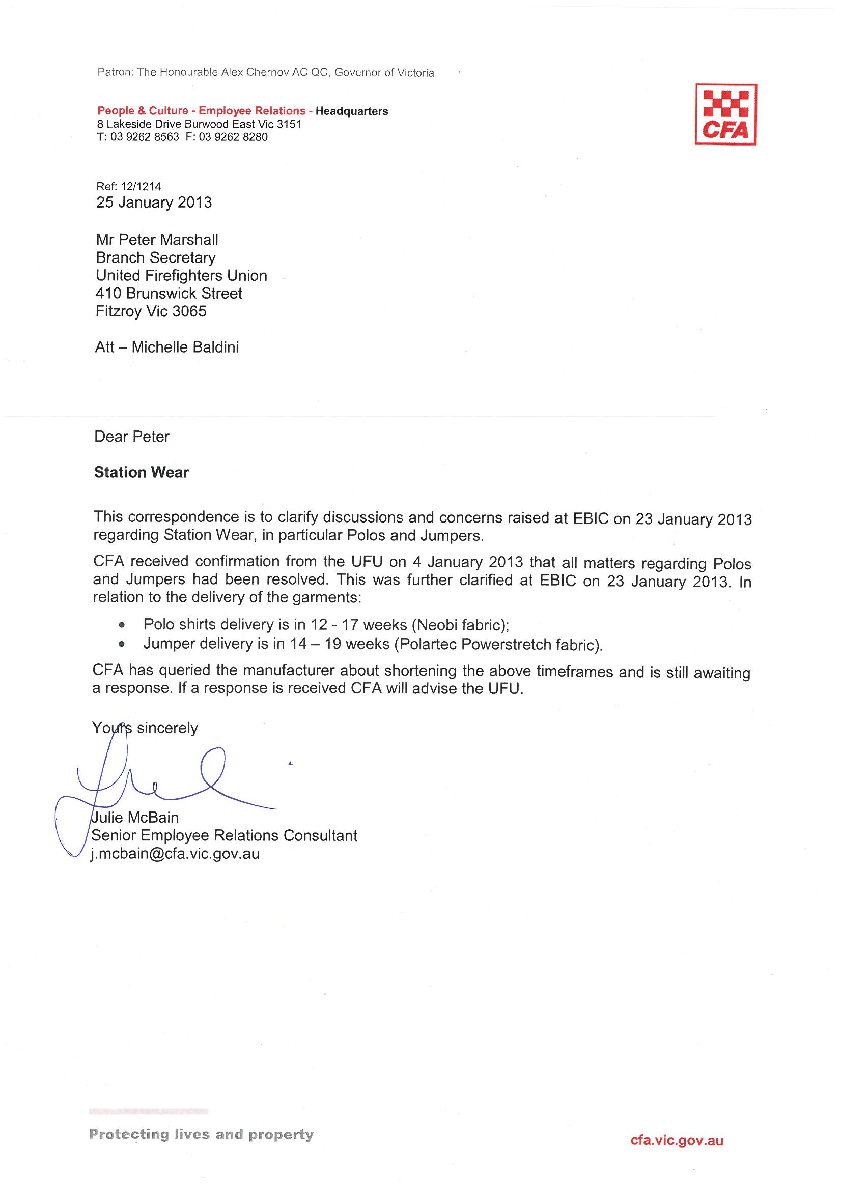