Members are advised that the CFA Board and the Government have taken the decision to permanently close the CFA training facility at Fiskville. This decision has been made in the context of employees’ health and safety and the ongoing concerns relating to the contamination and subsequent exposures at Fiskville.

The Union has entered into a process to ensure that there will not be job losses as a result of this closure. Those discussions are ongoing and we will meet with our members in the near future in relation to this. It should be noted that employees at Fiskville have already been relocated to an alternative venue as a result of the interim closure.

In relation to the Parliamentary Inquiry into Fiskville, members are informed that the Inquiry will continue as the UFU is determined to make those persons who covered up the exposures to employees accountable for their actions. 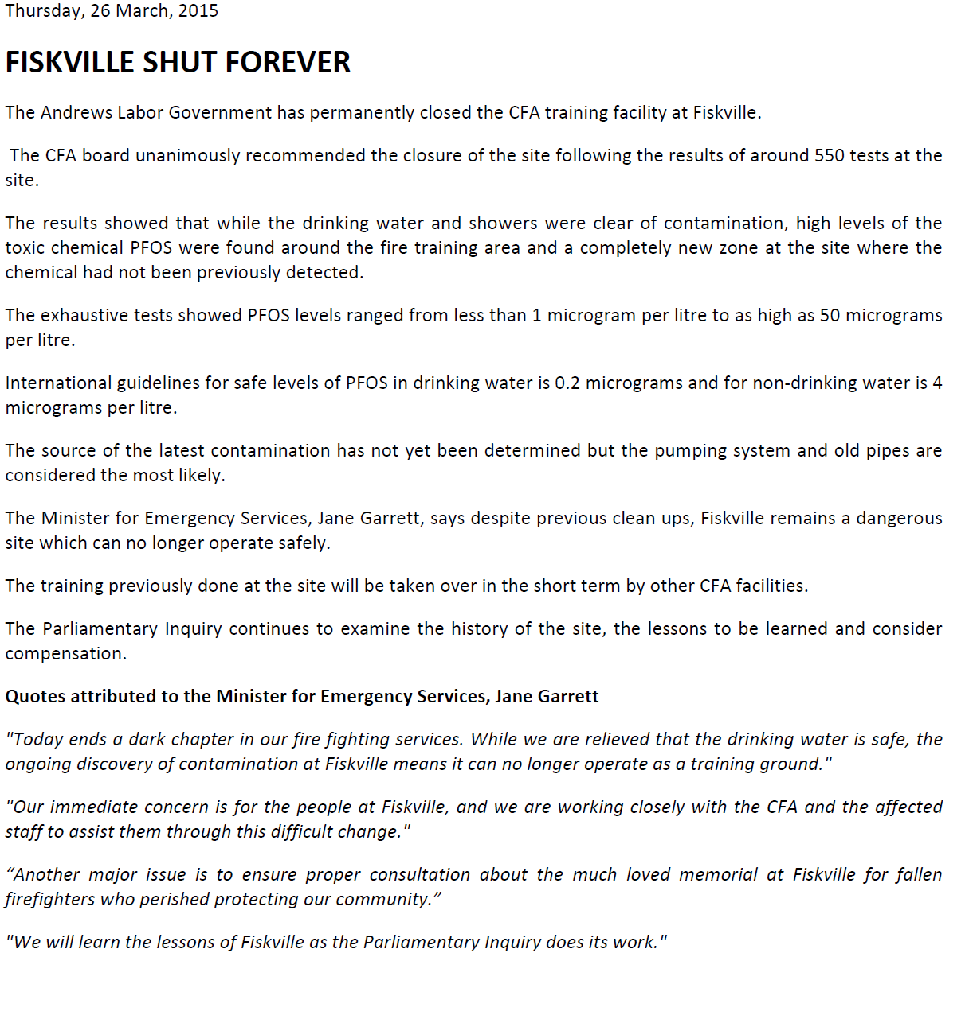