Former Vice President of the United States of America Al Gore recently met with UFUA National Secretary and Victorian Branch Secretary Peter Marshall and congratulated the union as being one of the most progressive and active unions in the climate change debate globally.

Peter Marshall was invited to a VIP function with Al Gore when the former Vice President was in Melbourne as keynote speaker for the Climate Reality Leadership Project.  Mr Gore expressly asked for time to talk to Mr Marshall and during that discussion the former Vice President remarked on the UFUA’s involvement and research in the climate change debate, knew about the Australian firefighters participation in the events and said he considered Australian firefighters and their union to be extremely progressive and effective on this issue.

There was further discussion between Mr Marshall and Mr Gore regarding the firefighters’ union global alliance of which Mr Gore personally knew office holders from North America who are also very good friends of the UFUA.

Al Gore is one of the most respected voices in the climate change debate and is the Chair of the Climate Reality Project which is a non-profit organisation focused on global education of climate crisis solutions.

The UFUA sent four representatives from various branches to the two-day conference which included a day where Mr Gore was the main speaker from 8am to 6pm. 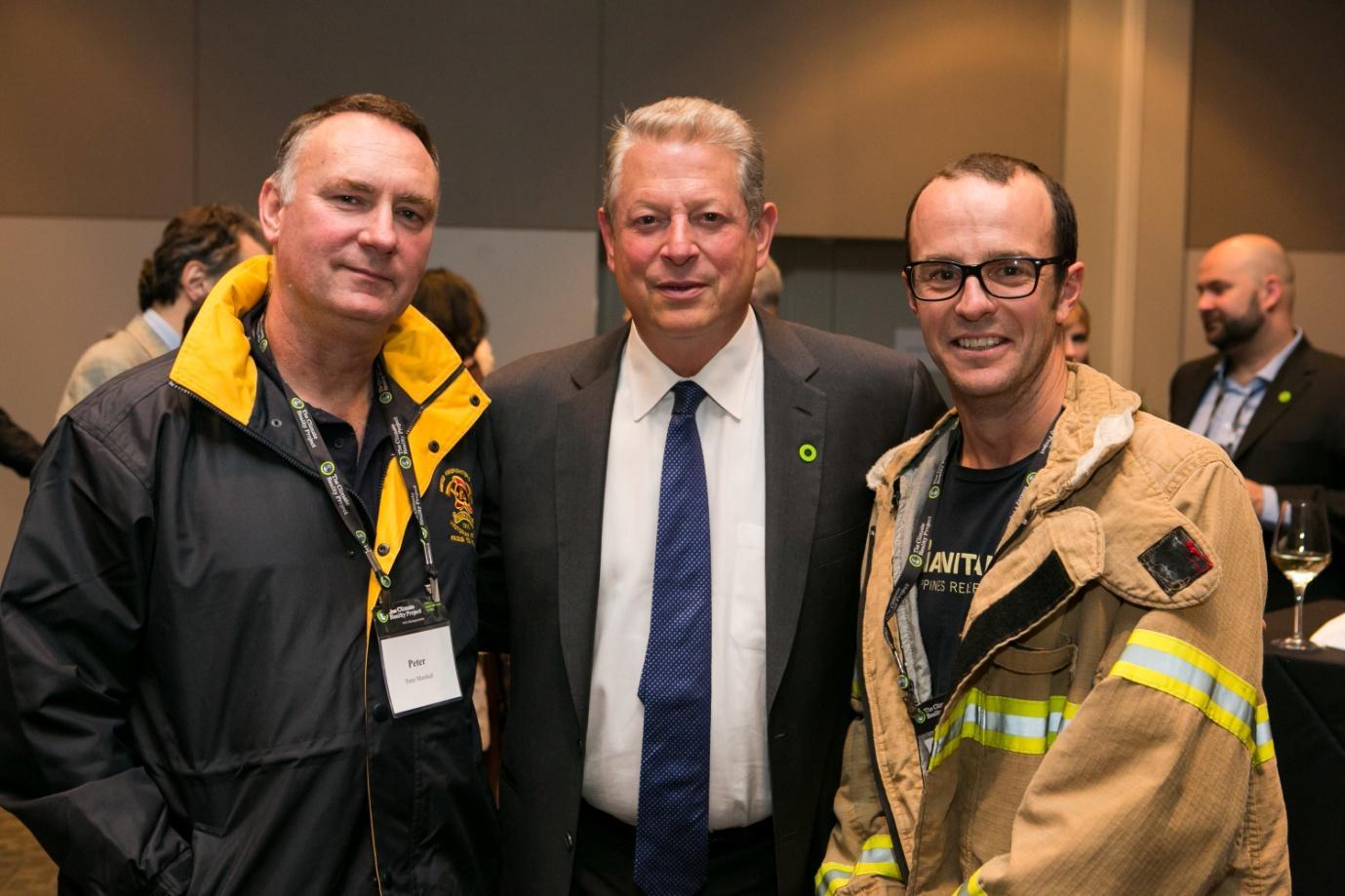