TO ALL UFU MEMBERS:

Today in the United States, many will again be reflecting on the events 14 years ago where nearly 3000 lives were lost in the series of tragic terrorist attacks.

While people around the world were trying to comprehend the images of the attacks the New York firefighters and other emergency workers were racing to the sites of the attacks.

Without hesitation hundreds of firefighters entered the twin towers in a bid to rescue those trapped on the upper floors and evacuate all others.

In doing so 343 firefighters paid the ultimate sacrifice to their bid to protect the community. Their heroic actions and bravery will not be forgotten.

Our thoughts go out to their families today. 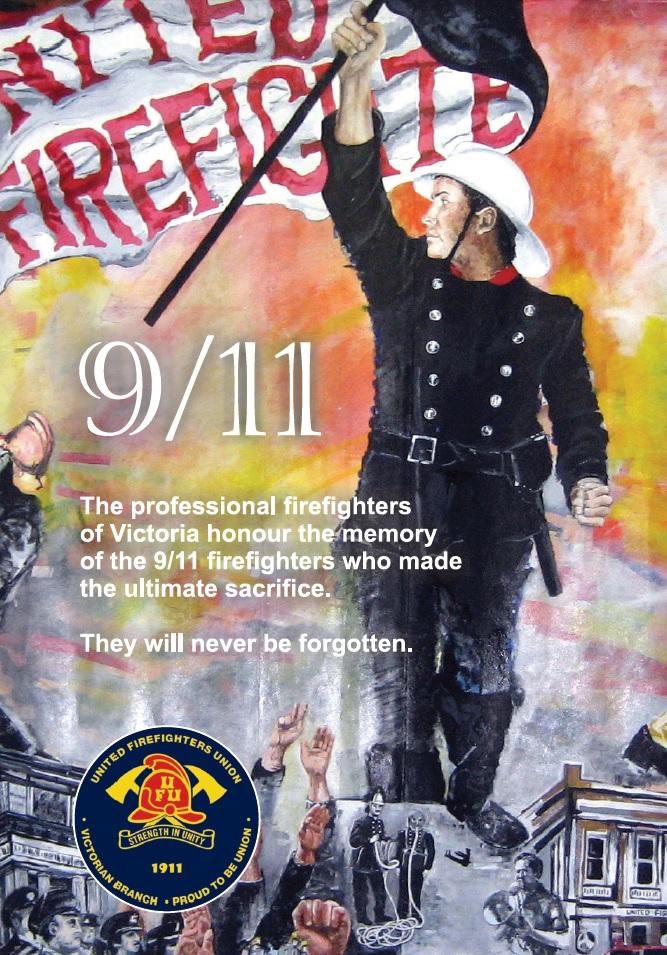