To All UFU Members: 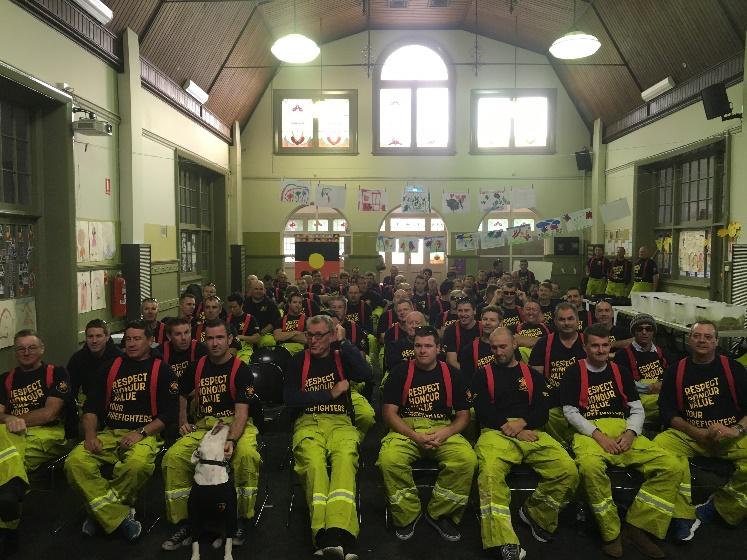 This morning over 110 CFA & MFB firefighters gathered at Coburg Primary School (staging area) before heading out into the Coburg, Brunswick and Pascoe Vale Areas to inform the public that Firefighters have been kept waiting 1079 days for a new enterprise agreement.

The public were also informed of Minister Garrett’s attempts to remove key safety components of the Firefighters agreement.

Members also educated residents about the distorted misrepresentations that have been made by the Minister in relation to the UFU’s log of claims as well as the current issue regarding diversity.

Despite the Minister’s attempts to lower the standing of firefighters in the public arena through various media outlets the overwhelming response from the public was supportive.  This support was evident in the sheer volume of postcards which were handed out and signed by the public demanding the minister honour her commitments and resolve outstanding issues with firefighters.

This large scale public support reaffirms that the concerted campaign by the Ministers office, MFB & CFA to denigrate firefighters has pathetically failed.

Click here to see some of the images from today’s event.

We thank those members who gave their time today.  Members who were unable to attend will be informed of further community awareness campaigns dates in the near future.